Green economy includes King Julian, why not you?

Green economy includes King Julian, why not you?

My phone, my shoes and cotton buds I have to use everyday had made in China. I’m not chinese. I live in Madagascar. And as some malagasy will say: « Madagascar » not the movie but MADAGASCAR, the ex-green island, actually red.

When we search some informations about this island in the social media twitter, we usually find some funny tweets about the film. So for the fun, let’s say I’m king Julian 😀 And you, who are you?

Youths are the next leaders and owners of the world. What kind of world will we lead in few years? No ideas… That’s why we must include youthness (and king Julian) in all decisions on the big topics of world being.

In January of this year, I’ve attended what I call the mini-Rio+20 « Youth and Green Jobs« . Young people from 30 countries have been present at Niamey in Niger for a summit where they have been invited to create green jobs in their community by several projects. 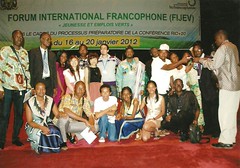 I read a dozen documents about greeen jobs and topics around it. So I understand why it’s important and why we, young people, have to participe in. Now, I’m expected much positive decisions from the Rio+20 in june. According to you, am I right? Or leaders from every country won’t give sense to this one else summit?

We have to move it!!

Even it’ll be hard to convert some jobs toward a more greener sector. Although it’s not easy to take decision, it’s not impossible if we work together. I don’t know if I’ll have a green job, I’m a student yet. And I’ll probably continue buying phone, shoes and cotton buds from 5979 miles. I swear a factory will soon product these things near my home, but until this moment, I’ll try to act. I’ll try to join associations and NGOs recycling broken phone and old copy books. To reduce pollution…

I don’t know if all 7 billions people on Earth are expected a green world, but I’m sure that you, actually have eyes on this post, fight for a better space in your way. You wanna make the change without any summit and you like to move it move it. Isn’t it? 😉 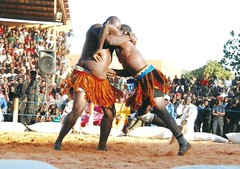 Congratulations for the great post and the initiative! As a Malagasy citizen I totally agree with you, Madagascar is more than a movie and there are so many things to be done regarding environment... and yes, we like to move it move it! :)

Thank you @rrvaly! Your post one is amazing! When I've read it, I've asked myself why not write about too ;) Good luck and Let's talk about Malagasy environment :)

We like your blog post :-) Our mission for Rio+20 is a paradigm shift in agricultural policies and practices towards sustainable agriculture.

Current agricultural policy and governance fall short of contributing to sustained food security, the eradication of poverty and sustainable rural development. The reasons are numerous: diverging views on the future of agriculture and consequently a lack of financial and political commitment; the lack of a well-coordinated initiative no global level to implement sustainable agriculture; economic, social and ecological benefits of sustainable agriculture have not been duly considered in policy making.

Your mission is very important for agricultural sector. I think it's time to help everyone for a sustainable world. Good luck :)